went down for over 24 hours. Having said that Airtel denied that there was a major outage. The company’s spokesperson said, “The service outage is limited to very few users.” He later claimed that the issue has been “fully resolved”.

The service outage affected users from some parts of the country. Airtel had confirmed about the service outage and informed users that their team was working on solving technical glitches. Note that only some areas witnessed this service outage. Users in Noida and other Delhi-NCR regions had reported that they faced no disruption while some Airtel Xstream fiber internet users in Kolkata, Pune and Coimbatore suffered. 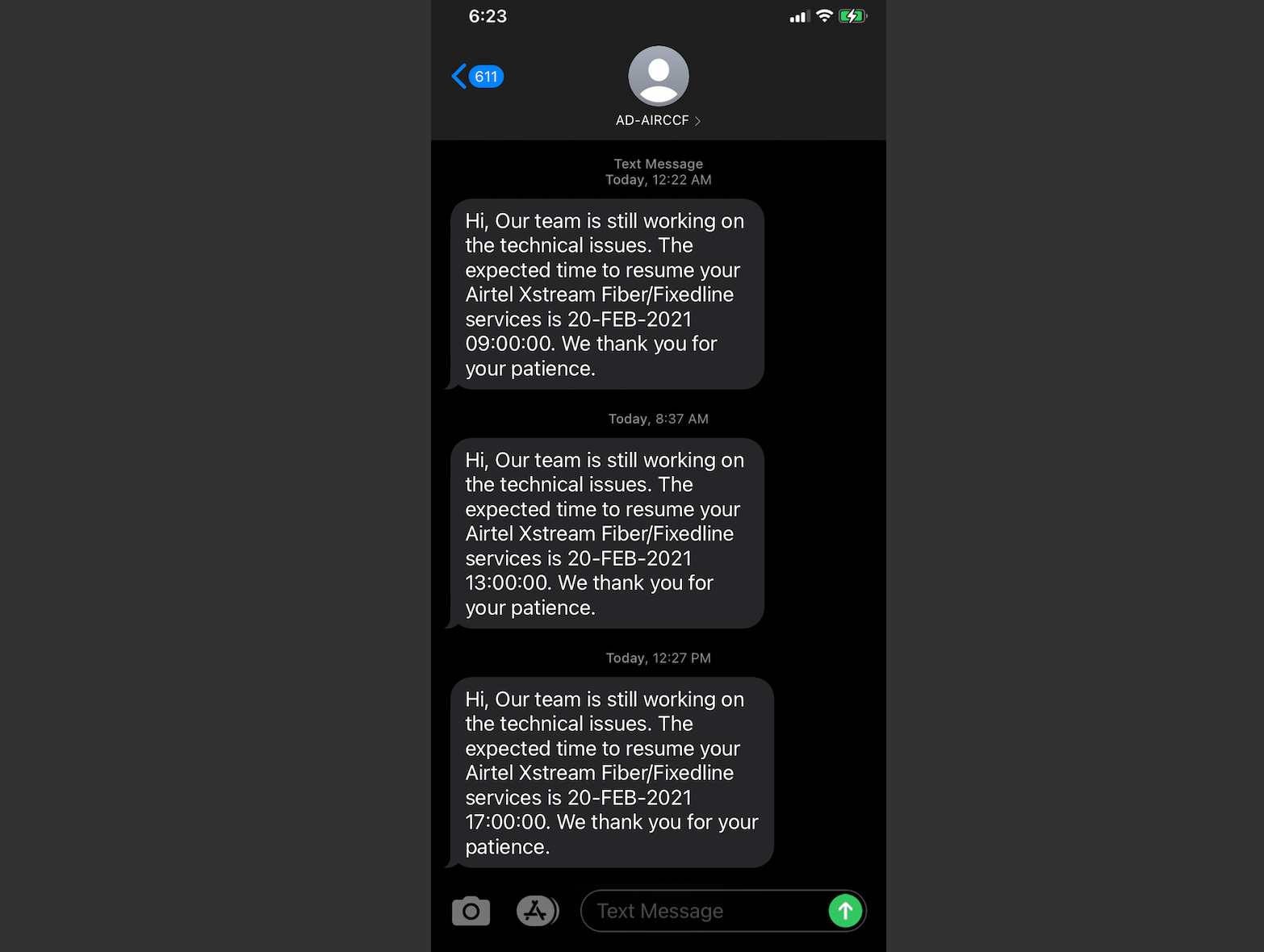 While Airtel had provided a tentative deadline to resolve the issue in their communications to customers earlier, the telco extended the set deadline to resolve the issue to more than 24 hours. One user took to Twitter to even report that his Airtel Xstream fiber internet was down for over four days. While cases like these may be isolated, a downtime of over 24 hours for any user affects life greatly as people have to rely on their home Wi-Fi for work and online classes.

@airtelindia GuyzFirstly I dont understand why would u take up maintenance work on Broadband on weekdays.Affects… https://t.co/zYXaFp6gRl

@Airtel_Presence @airtelindia I understood if there is some maintenance going on there will be a downtime.But for… https://t.co/H2k90SYCsb

@Airtel_Presence My xtream fibre connection is down from last 2 days. While calling helpline the IVR keeps changing… https://t.co/SzMkNT3EIY

3 money habits to carry forward from the pandemic era –