By Brian Marks For Dailymail.com

They star together on The CW’s hit Archie Comics–inspired crime drama Riverdale.

And Camila Mendes and her costar Madelaine Petsch even spent time together off set when they both braved the elements on Saturday amid a snow storm in Vancouver, Canada.

The two actresses, both 26, were suited up against the freezing elements with puffy black down jackets as they walked their adorable fluffy white dogs. 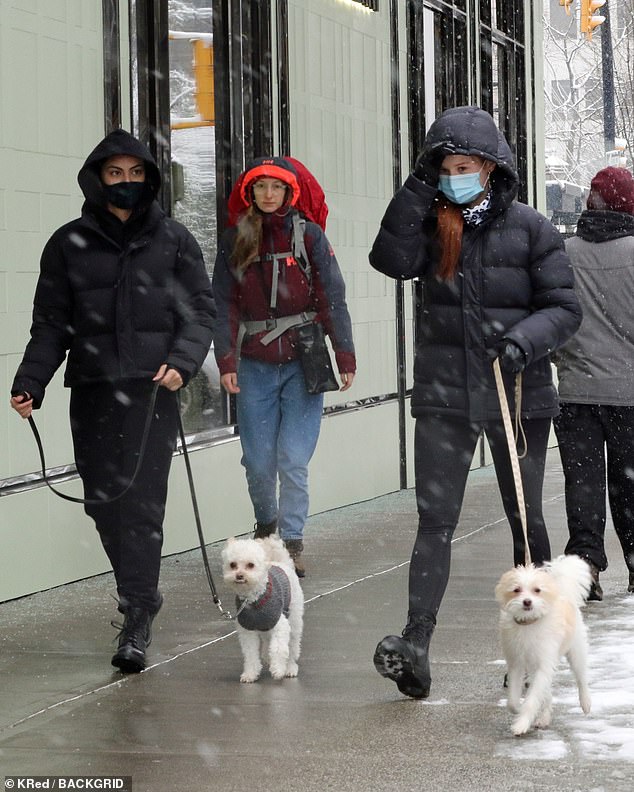 Chilly meet-up: Camila Mendes and her Riverdale costar Madelaine Petsch, both 26, ran into each other on Saturday as they took their dogs for a walk in a brutal Vancouver snow storm

Camila stayed warm in a short black jacket which she wore over a black hoodie and a pair of black sweatpants.

She rounded out her all-black ensemble with a pair of black boots.

Her dog Truffle was also prepared for the chilly day thanks to a cute gray sweater vest she wore.

Madelaine, who plays Cheryl Blossom on Riverdale, was dressed similarly to her costar with a longer hooded puffer coat. 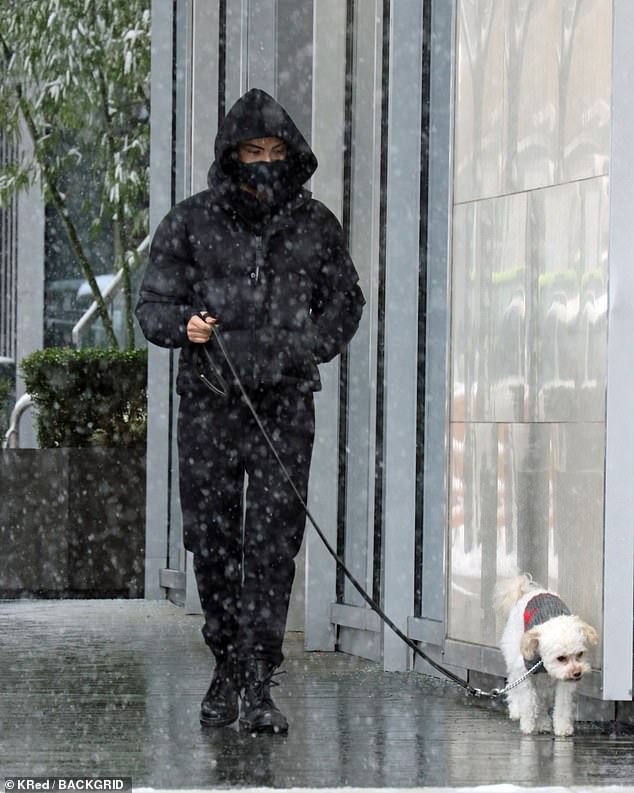 Twinning: Both actresses wore black down jackets and black combat boots, though Camila wore sweatpants and Madelaine had on leggings

She had on a black-and-white patterned top and black leggings with matching combat boots.

Both stars wore masks to help slow the spread of the novel coronavirus, with Camila favoring a black design while Madelaine wore a pale blue surgical-style mask.

Camila plays one of the lead roles on Riverdale as Veronica Lodge, who’s part of an ever-shifting love triangle with Archie (KJ Apa) and Betty Cooper (Lili Reinhart).

Madelaine plays a supporting character, Cheryl Blossom, a wealthy and privileged high school classmate of Archie and his friends who strikes up a relationship with Vanessa Morgan’s character Toni Topaz. 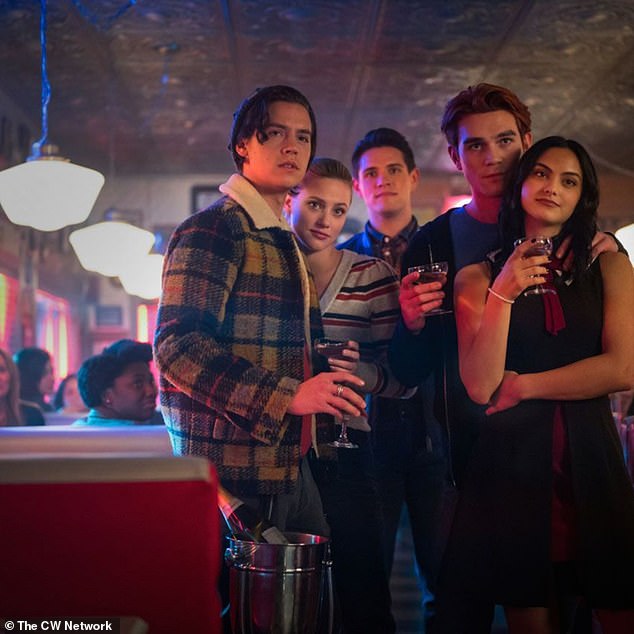 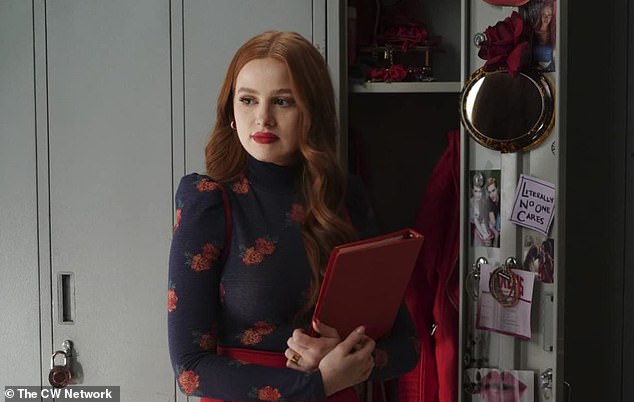 The actors are currently filming the show’s fifth season, which began airing in late January.

The first three episodes of the season wrapped up the events of season four, as the emergence of the coronavirus pandemic forced the series to put production on hold.

Now, the show has jumped ahead seven years in time, when the principle characters have all graduated from high school and have mostly fallen out of touch until a new mystery reunites them.

Earlier in February, Camila appeared on The Tonight Show Starring Jimmy Fallon to chat about the series, where she revealed that she hopes Riverdale goes out on the same high note that the Disney Channel’s High School Musical did. 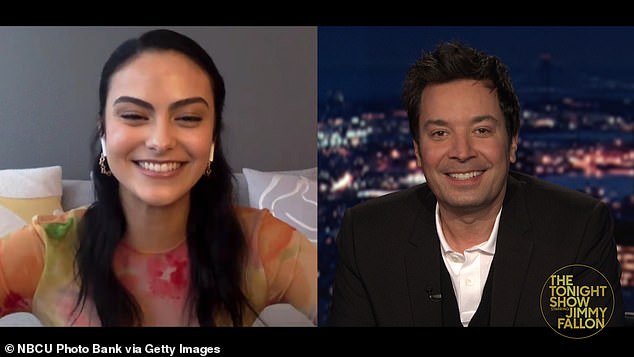 Going big: Camila told Jimmy Fallon earlier in February that she hopes Riverdale will end like High School Musical as a ‘full cinematic experience’ like the third film in that series; still from The Tonight Show

She described the three-film series as ‘the best cinematic trilogy of all time’ and applauded the series from graduating from two TV movies to a feature film that was shown in theaters for the third and final entry.

‘They made it a full cinematic experience. It went to theaters. It wasn’t just on Disney Channel, it was in theaters, because it was like their big graduation, you know?’ she explained.

‘Saying goodbye to the franchise and all the characters, and the music was next level… We were all watching it like, “Is this what it’s going to be like when Riverdale is over?” I hope they do the same thing, like we all jump into the air and freeze frame.’ 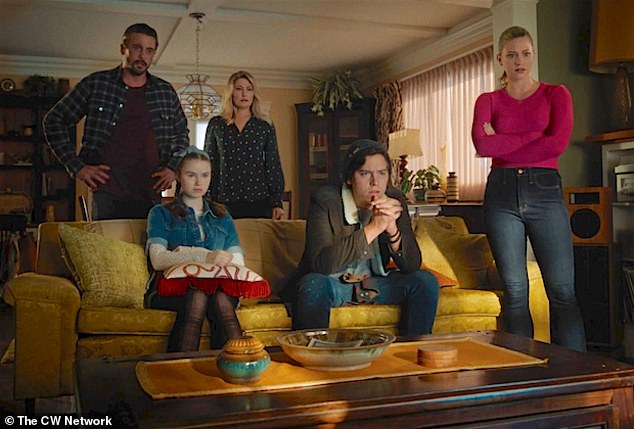 Going dark: Riverdale airs on The CW and premiered in 2017. It’s based on Archie Comics characters, but it takes a darker tone than the comics and focuses on crime and mysteries affecting the characters

‘Sex for sanitary pads’: how Kenya’s lockdown led to a rise in teenage pregnancy | Global development