China did ‘little’ to hunt for Covid origins in early months, says WHO document

The two-page internal travel report is a summary of the WHO programme manager and mission leader Peter Ben Embarek’s trip to China between 10 July and 3 August 2020, which was described as an advance WHO mission to study the Covid-19 virus

and “review work done so far on the origin of the virus”. 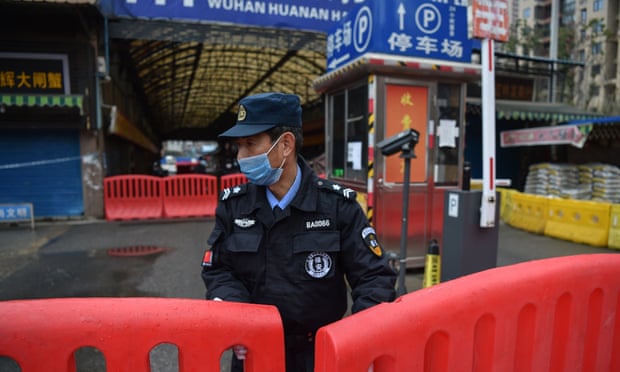 In its summary, the travel report said the mission started with a two-week quarantine followed by 10 days of face-to-face meetings with relevant ministries, including the national health commission, the state administration for market regulation, the ministry of agriculture and rural affairs, and other agencies including the Wuhan Institute of Virology.

“Following extensive discussions with and presentation from Chinese counterparts, it appears that little had been done in terms of epidemiological investigations around Wuhan since January 2020. The data presented orally gave a few more details than what was presented at the emergency committee meetings in January 2020. No PowerPoint presentations were made and no documents were shared,” the report said.

A WHO spokesperson declined to comment on “internal documents”. The Chinese embassy in Washington did not respond to a request for comment.

When a reporter from Science magazine asked WHO officials about the July-August 2020 mission at a 21 August press conference, Dr Maria Van Kerkhove, an infectious disease expert and technical lead for the WHO on Covid-19, said the team had recently returned from China and had been there to “learn” from Chinese counterparts about the work that “has been ongoing”.

Dr Michael Ryan, executive director of the WHO’s health emergencies programme, then added: “It’s important that the mission goes ahead, but there are also a number of preliminary studies that need to be carried out as well, and our colleagues in China have discussed those in depth with the advance team and we hope that those studies can begin as soon as possible.”

Further questions about China’s cooperation in studying the origins of the virus emerged following a more recent trip – just last month – to China to study the origins of the virus. Dominic Dwyer, an Australian infectious disease expert who was part of the investigation team, recently told reporters that the WHO had requested raw patient data from Chinese counterparts during its January 2021 mission but was only given a summary.

Dwyer told Reuters that sharing anonymised raw data was standard practice for an outbreak investigation. He said raw data was particularly important in efforts to understand Covid-19 as only half of 174 initial cases had exposure to the now shuttered market where the virus was first detected.

“That’s why we’ve persisted to ask for that,” Dwyer said. “Why that doesn’t happen, I couldn’t comment.”

In a statement to the Guardian, the WHO said it had stressed the need to understand the origin of the virus “from the very beginning” and had discussed the need to study and share information with China throughout 2020.

The WHO spokesperson added: “They visited Wuhan in January-February 2021. In the early days of an outbreak, the absolute priority is to save lives, understand the disease and suppress the transmission. But we also believe that the work to understand the origin of any outbreak should start early, when certain clues can be found more easily.”

In future, the spokesperson said, conducting studies into the origins of a disease should happen in parallel with urgently suppressing a virus and saving lives.

The US is pulling out of Afghanistan. But it will never leave those of us who served…

‘Only in New Zealand!’: Relics found in coffee jars in rubble of Christchurch…

‘I won’t give up’: four of the politicians and activists sentenced in Hong Kong |…