French senior citizens link up with language students in lockdown

After spending a third of his placement in France stuck in lockdown, modern languages student Elliot Bellman was worried that his conversation skills might suffer. But his weekly chats with Mme Tolu, a Parisian care home resident in her 80s, have helped keep his fluency up to scratch.

“During the pandemic it’s difficult to travel and have those normal experiences, going out and talking to new people,” said Bellman, 20, a third year student at the University of Warwick. “So this allows me to keep talking to someone in French. And Mme Tolu doesn’t have any family around her any more, so I feel like I am helping somewhat with the loneliness. It’s mutually beneficial.”

He is one of 107 students across the world who have been matched with a senior citizen in France as part of the ShareAmi scheme, which aims to combat the isolation felt by many older people during France’s strict lockdowns while helping language students unable to travel abroad to develop their skills. 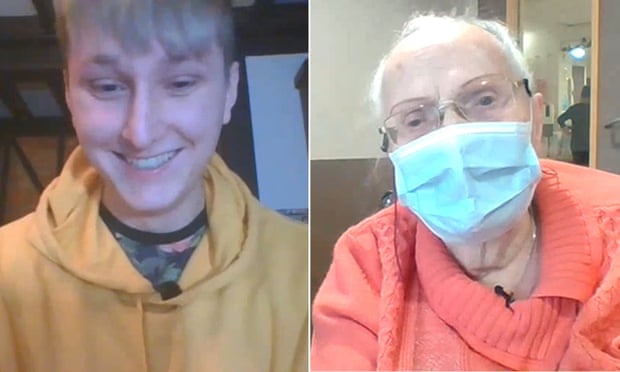 “During confinements we saw this increasing isolation amongst the elderly in France, plus the fact that students couldn’t do exchanges or internships.” said Juliette Neyran, one of the organisers of the scheme, run by the charity Oldyssey. “The whole idea behind it is to develop a two-way solidarity where the elderly person is less isolated, but at the same time they’re contributing as well.

“It’s not like there is one helper and one person who’s helped, it works both ways, and I think that is what really helps to build the relationships.”

The scheme was first trialled with five language students from the University of Warwick and has now expanded to students around the globe, with more than 6,800 signed up so far. The small team has struggled to keep up with demand, but is looking to expand with more pairings over the coming months.

Neyran said she also hoped the scheme will help to build intergenerational relationships at a time when younger and older people are being kept apart due to the pandemic. “I was definitely nervous starting out, because I don’t really have too much experience talking with older people,” said Bellman. “But she is really easy to talk to and she’s great at keeping the conversation going.”

“When she was younger, she used to travel a lot, so we’ve talked a lot about that – she’s been to England, she lived in Africa for quite a long time. And we talk a lot about sports, because she used to love to do swimming. She always asks what I’ve been doing, so I’ll talk about my reading and my classes, and we talk about politics as well.”

French and Chinese student Isabel Cartwright has also bonded with her language partners, both in their 70s, through a love of travel – she has been speaking to Martine, who lives with her husband in Marseille, and Marie-Christine, who lives alone in Strasbourg, for a number of months, and plans to visit them both in summer if she is able to. 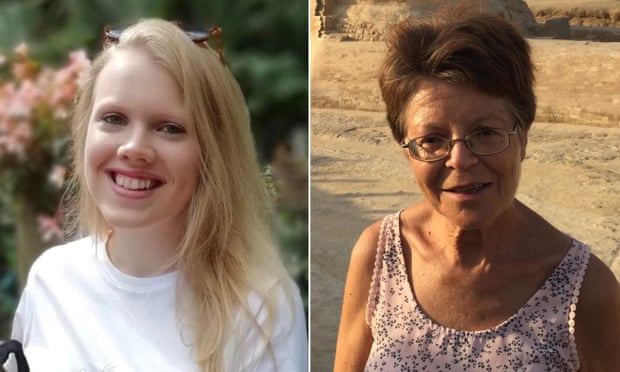 “Martine has been literally all over the world. We’re both quite outgoing people, to be honest, she’s honestly just a delight to speak to. And we learn a lot about each other’s cultures,” said Cartwright. “Marie-Christine lives on her own and her family live far away, and I know she absolutely loves speaking to me. She only really has contact with her neighbour during lockdown.”

Couples holidays: Bickering after being stuck at home? Plan a life-changing trip, from Japan to Bali(Opens in a new browser tab)

Cartwright, a second-year student from Stoke-on-Trent, had always struggled with her French oral skills, but the conversations “have really increased my confidence and my speaking ability”. Now Martine also has weekly video calls with Cartwright’s father to help boost her English skills.

“It has become a family connection now and I think we provide a lot for each other to,” Isabel said. “The restrictions have been a lot tighter over there and I think it’s so important for people to have somebody else to talk to.”

Myanmar police occupy hospitals in Yangon ahead of national strike

‘What do they want from us?’ As Russian forces amass, a Ukraine frontier town feels…