‘I woke up, he was gone’: Senegal suffers as young men risk all to reach Europe

In the old Senegalese port city of Saint Louis, 12 women step off the sun-baked street and through a doorway draped with pink silk into a dim room beyond.

After greetings are over, one by one they recount their stories. Recent memories of husbands, sons and brothers they have lost at sea, revealing precious pictures on smartphones of moments when they last cradled children or kissed their families. 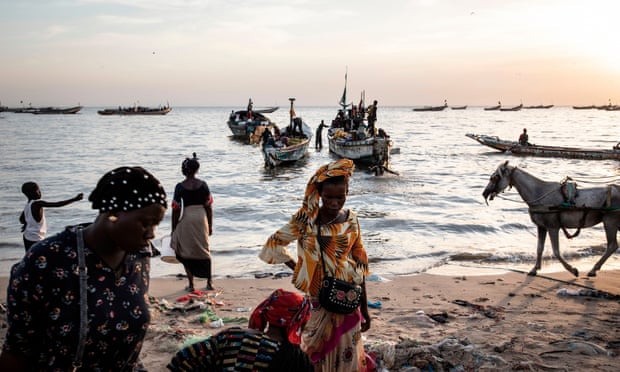 “During my life he was helping me every day, caring for me,” 51-year-old Sina Ndiaye says of Omar, her 19-year-old son. In October last year, a boat carrying 200 migrants exploded off the coast of Senegal, killing him and 139 others. “Now he is gone, I have no hope left.”

Their anguish has a common thread – their families were lost on one of the most dangerous sea routes in the world, which has over the past two years seen a sharp rise in travellers, as migrants and refugees from across west Africa try to reach Spanish territory in the Canary Islands from Senegal, some 1,500km (1,000 miles) south.

The route has been largely dormant since 2006, when 31,000 people made the crossing. But a clampdown on the sea routes from Morocco and Libya, controversially enforced by Libyan authorities backed by the EU, has given it a renewed attraction. In 2019 fewer than 2,700 migrants arrived in the Canaries by boat, and 210 died trying to get there. In 2020, more than 20,000 arrived.

As the number of overcrowded boats increases, so the deaths mount. About 600 people are known to have drowned making the journey in the past year, although the true figure is likely to be far higher, according to the UN’s International Organization for Migration. Every few months another tragedy occurs, leaving families in struggling communities along the coast of Senegal in mourning. Many of the stories from the women in Saint Louis follow a similar arc 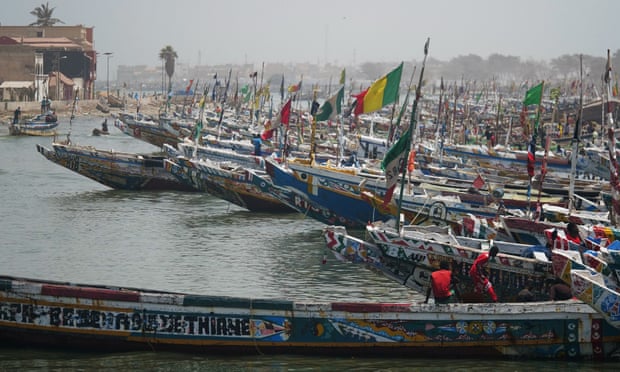 Fishermen in Saint Louis prepare their boats – they complain their catches are lost to bigger ships from overseas. Photograph: Christophe van der Perre/Reuters
According to Ndiaye, young men like Omar depart after exhausting the options available to them.

“He was a carpenter, but he stopped, complaining that the job provided no means,” she says. “Then he moved on to masonry. Then to be a bricklayer. But he would wake up in the middle of the night with aches in his back and his bones. One thing after another. He was prepared to do anything.Sina Ndiaye, whose son Omar, 19, died trying to reach the Canary Islands. Photograph: Emmanuel Akinwotu

So they leave suddenly, she says, without saying goodbye, to prevent being persuaded not to go. She adds: “One morning, I woke up and went to his room, but he was gone. He later called me and said he was in Mbour.” 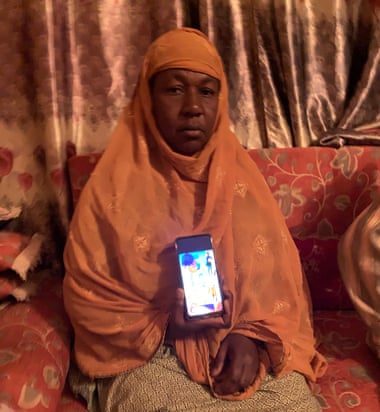 The fishing town is known as a leaving point for Europe, despite being about 120 miles (200km) south of Saint Louis, adding to the length of the journey. Many bodies are never recovered, but those who survive bring news of who has died.

“If we had his body, at least we could see him and bury his body,” Mariatu Diouf says of her husband, Bouya Fale, who died alongside Omar in October.

“The politicians came here with bags of rice, oysters and other things,” Diouf says. “We are sick of this, we don’t want their rice, we want opportunities, jobs. They give us the rice, it finishes and then what is left?”

The economic damage caused by the pandemic has hit many poor and middle-income people across the region, deepening the desperation to leave in search of better prospects.

Ndiaye worries that her four other sons will also leave without telling her. NGOs, some supported by the EU, run programmes offering small amounts of aid to support small businesses and individuals who have returned from either detention in countries en route to Europe, or who have survived boat accidents.

The politicians came here with bags of rice … we don’t want their rice, we want opportunities, jobs

Ndiaye says it is not enough, adding: “They should set up something real. If we had space to have a shop and could buy some produce, I could start up my business and support myself. 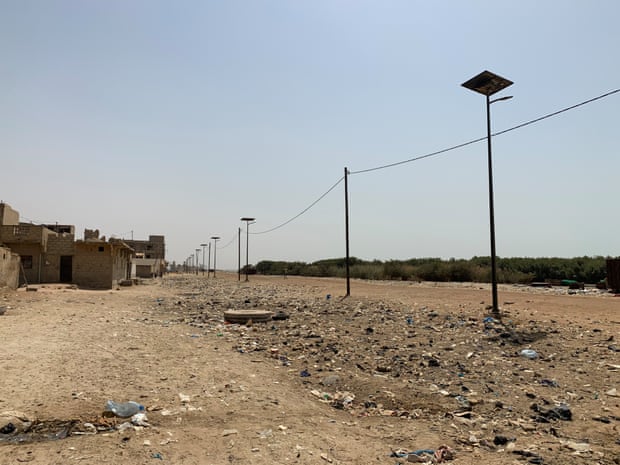 A few kilometres along the coast, the picturesque sky-coloured buildings and luxury waterfront views attracted crowds of tourists each year in Saint Louis before the pandemic.

The hit to tourism in Senegal has been exacerbated by a fishing crisis, the sea emptied by overfishing and the growing presence of large foreign vessels, given access by Senegal’s authorities.

There is anger that the government has not taken responsibility for so many deaths, or done more to address the factors propelling them to leave in the first place. Many are also angry at the migration policies – enforced by the EU – that lead them to take a journey that no one should.

“Our government should be fighting for our dignity,” says Hadi Diop, 45, whose nephew died when a boat capsized in November last year. “But instead they just sit back. Why should they have to take these boats to go to Spain? Is that fair? It shouldn’t be illegal but that’s how it is when our president should do more.”

After each of the major incidents off the Senegal coast last year, there were calls for President Macky Sall to declare a day of national mourning.

“He said a few things but really he didn’t care,” says Diop. “We didn’t have any kind of psychological or emotional support.”

Diop and another 100 women formed an association, to start joint commercial projects and create support systems 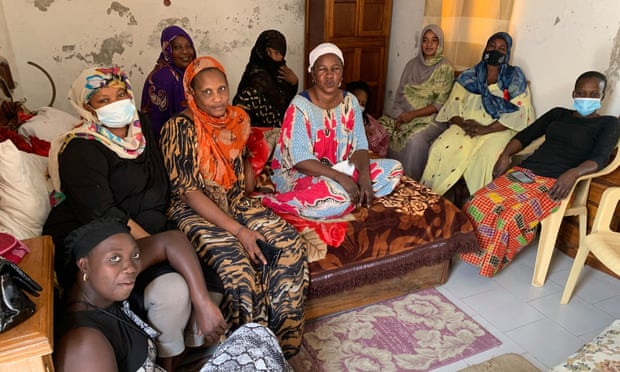 Hadi Diop, whose nephew died last November when his boat capsized, has formed a support association with other women in Saint Louis. Photograph: Emmanuel Akinwotu

“We did what we had to do, to rely on ourselves, because we could see that there were few opportunities here,” she says, flanked by 10 other women. The group has grown and grown, to support more and more mourning families who have lost someone they relied on to provide for them.

In municipal elections in 2019, politicians paid men to come out to rally and support their campaigns. Diop says: “Our husbands were following the politicians, going to rallies barefoot, coming home late, but in the end what did they get? They promised so many things: development, jobs, promises, promises. Then they get elected and they disappear.”

In the sleepy town of Pointe Sarène, about 60 miles (100km) down the coast from the capital Dakar, 46-year-old Mohammed Faye is working on his boat, alongside a dozen others

Mohammed Faye in Pointe Sarène. He has been fishing in the area for 20 years. Photograph: Emmanuel Akinwotu

“Even a few years ago, if you came here at this time in the day, you wouldn’t see us here – or any of these boats – because they would be out at sea,” he says. “Now things are so hard, that’s the only reason why these boats don’t leave the beach.”

His earnings have dropped to a third of what he could make in 2015, making it difficult to feed his six children. Faye says: “They’ve sold the sea to the international corporate boats. It’s never been this bad.”

Faye has been fishing for over 20 years, diving for oysters. He says: “Now when you collect oysters, many of them are rotten, something has changed in the conditions.”

Dozens of fishermen have left Pointe Sarène in the past year, he says. But for now he says, he will stay: “I come here and go to sea, fish for a few hours and come back, but things are hard. Mostly I love to be near the water, even if it doesn’t pay me as much.”