Keir Starmer insisted that Labour was ‘pro-business’ under his leadership as he rebuked one of his frontbenchers for calling the private sector ‘the enemy’.

The Opposition Leader revealed he has asked shadow tourism minister Alex Sobel to apologise for remarks made to a climate change podcast.

The Leeds North West MP, 45, has claimed that he had initially refused to meet business leaders when he started out in Parliament, but has been forced to relent to get their help with environmental campaigns.

Speaking to the Climactic podcast earlier this month Mr Sobel said that ignoring big business remained ‘my dream’ but had been put to one side out of practicality.

The comments will come as a severe blow to Sir Keir, who is attempting to rebuild Labour’s economic credentials after the disastrous leadership of left-winger Jeremy Corbyn.

The Labour leader, who was campaigning in Hartlepool today ahead of a parliamentary by-election in the former Labour constituency, told reporters: ‘Under my leadership, I’ve been very, very clear that the Labour Party is pro-business. 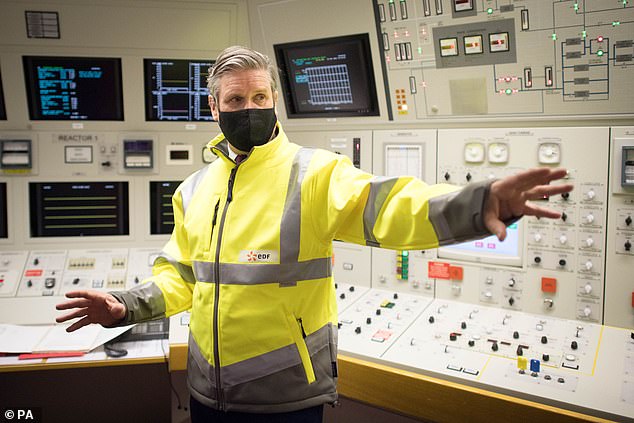 The Opposition Leader revealed he has asked shadow tourism minister Alex Sobel to apologise for remarks made to a climate change podcast. 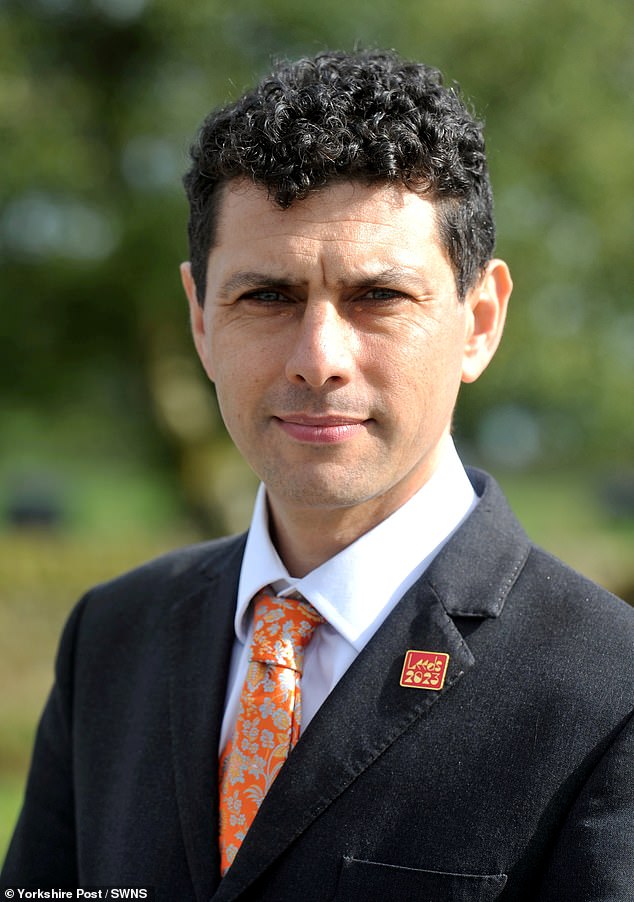 The Leeds North West MP has claimed that he had initially refused to meet business leaders when he started out in Parliament, but has been forced to relent to get their help with environmental campaigns.

Alex Sobel is a staunch environmentalist as well as an MP.

The 45-year-old father of two, who is Leeds born and bred, launched the all-party parliamentary group (APPG) on Net Zero alongside Middlesbrough Tory Richard Clarke in 2019.

His first shadow ministerial role was as a junior role in the Foreign Office team, with an eye on the Cop 26 environmental conference in Glasgow this year.

But that role, which came towards the end of Jeremy Corbyn’s leadership of Labour, was changed when Sir Keir Starmer took over last April and made him a shadow minister at Culture, Digital Media and Sport, with responsibility for tourism.

Mr Sobel is Jewish, and his parents are Israeli immigrants who came to the UK in the 1970s.

He was born, raised and educated in Leeds. He became a Labour MP in 2017 when he took Leeds North West from the Lib Dem Gred Mulholland, who had held it for 12 years.

‘We’re more than pro-business, we want a partnership with business.’

He added: ‘Alex Sobel knows what he said was wrong. He has apologised.

‘He’s apologised to me. The Labour Party, under my leadership, is very clearly pro-business. We want a partnership with business. And Alex Sobel understands that.’

Speaking to the podcast run by Simon Moore, Mr Sobel said he had ‘engaged’ with firms to ‘push’ them into action on climate change.

He said: ‘The amount of corporates I am talking to … when I first became an MP, I was like, I am not taking meetings with any of these people. These people are the enemy, you know?

‘I’m a socialist, my job is to effectively transform society so that we have a much more mixed economy and we don’t have huge global corporations which have all this power.

‘So we need to get them to make the transformation now and then also do the political action for everything else at the same time alongside it.’

It is not the first time Mr Sobel has appeared to split from the party line.

In February he said ‘Mx’ should be used as a gender-neutral alternative to titles such as Mr and Mrs on forms.

He called on the Government to tell public bodies and private companies to start using ‘Mx’ on forms and documents.

Women who object are bigots who should not vote Labour, the MP declared. But some Labour MPs worry that issues such as this show that Sir Keir, a former human rights lawyer, is unable to connect with the many working-class voters the party lost in the last Election.

Sir Keir was at Hartlepool’s nuclear power station, run by energy giant EDF, which he said was ‘a business that provides the best part of 700 well-paid skilled jobs in the local community’.

The Labour leader also faced questions about the selection of doctor and former MP Paul Williams as the party’s candidate for the seat after he was the only person on the shortlist. 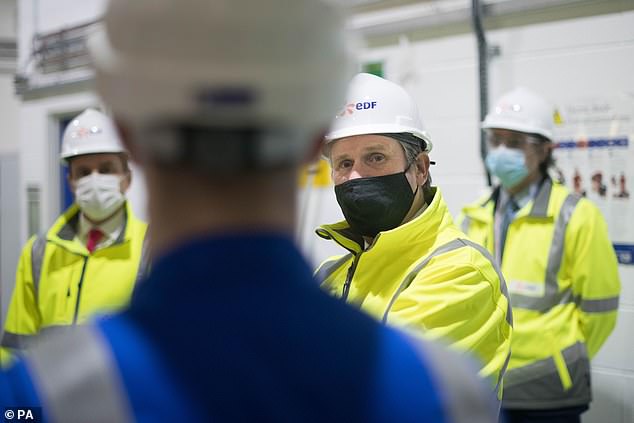 Sir Keir was at Hartlepool’s nuclear power station, run by energy giant EDF, which he said was ‘a business that provides the best part of 700 well-paid skilled jobs in the local community’.

He told ITV Tyne Tees: ‘The local party were very clear that they wanted Dr Paul Williams and they were clear why, because here we have got a man who worked on the front line in the NHS over the period of the last year during the pandemic.’

The Hartlepool by-election will be a key test of Sir Keir’s leadership.

The May 6 contest will give an indication of whether the Labour leader can shore up support in the party’s former industrial heartlands after large sections of the so-called ‘red wall’ crumbled in the 2019 general election.

Hartlepool is a seat long held by Labour and the party fought off a strong Conservative and Brexit Party challenge at the 2019 general election, although their majority was reduced to just under 3,600, down from 7,650 in 2017.

The contest takes place on the same day as local elections across England and votes for the Welsh and Scottish parliaments.