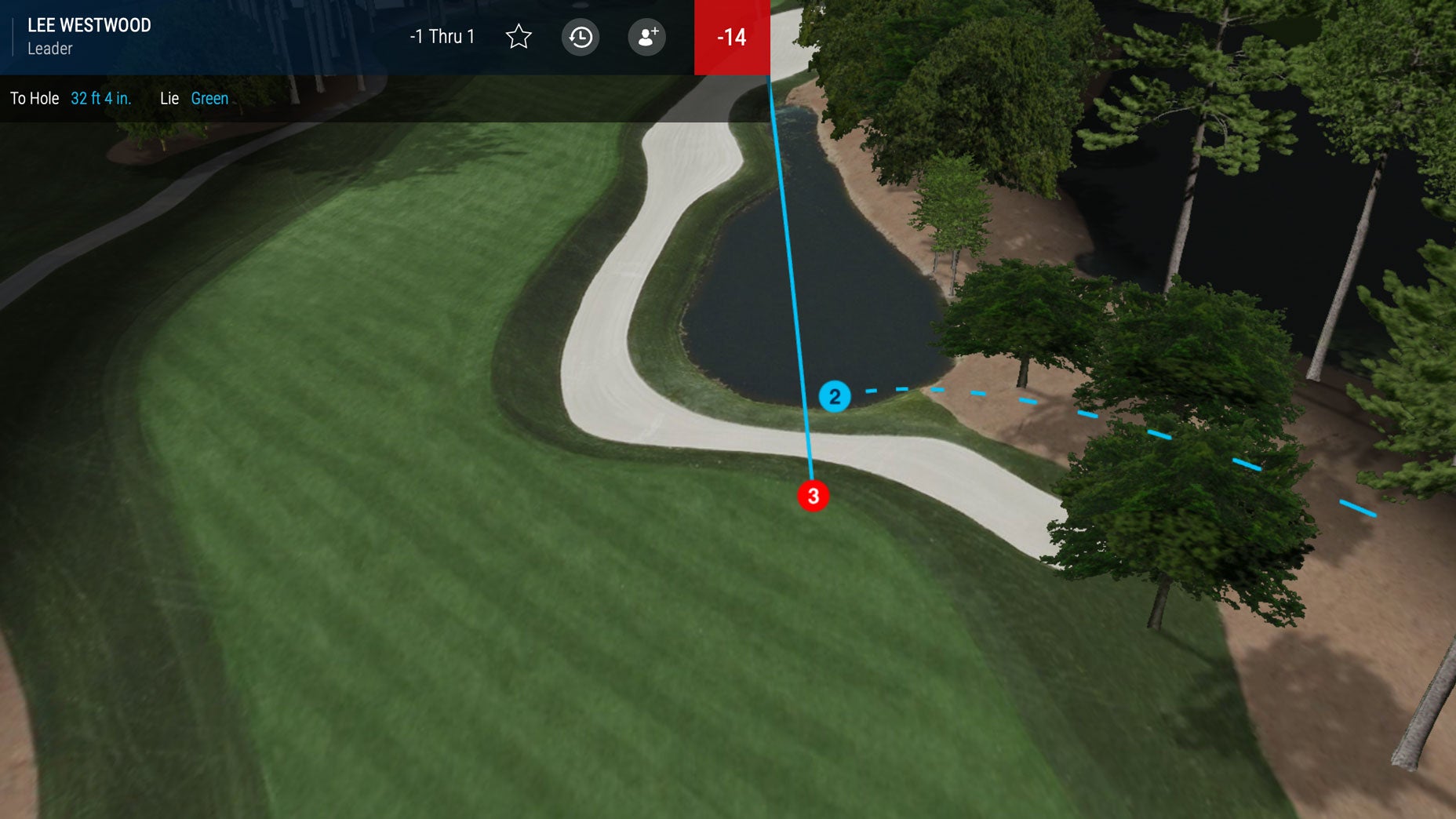 An illustration of where Lee Westwood’s ball landed in the water and where he dropped.

In the final round of the Players Championship, Lee Westwood hit his second shot on the par-5 2nd at the Stadium Course at TPC Sawgrass from the right rough.

It appeared to poke a tree in the right rough.

It appeared to roll into the water by the right rough.

But Westwood did not drop in the right rough.

Westwood hit his next shot from the fairway about 10 yards to the left of where his ball has appeared to plop into the water. A PGA Tour rules official told Daniel Rapaport of Golf Digest that Westwood was “just going by what his eyes tell him, and he’s exercising reasonable judgement.” The official, Gary Young, added that he was “very comfortable” with the drop.

For The Defense: The Active and All-Time Blueline Scoring Leaders For All 31 NHL Teams