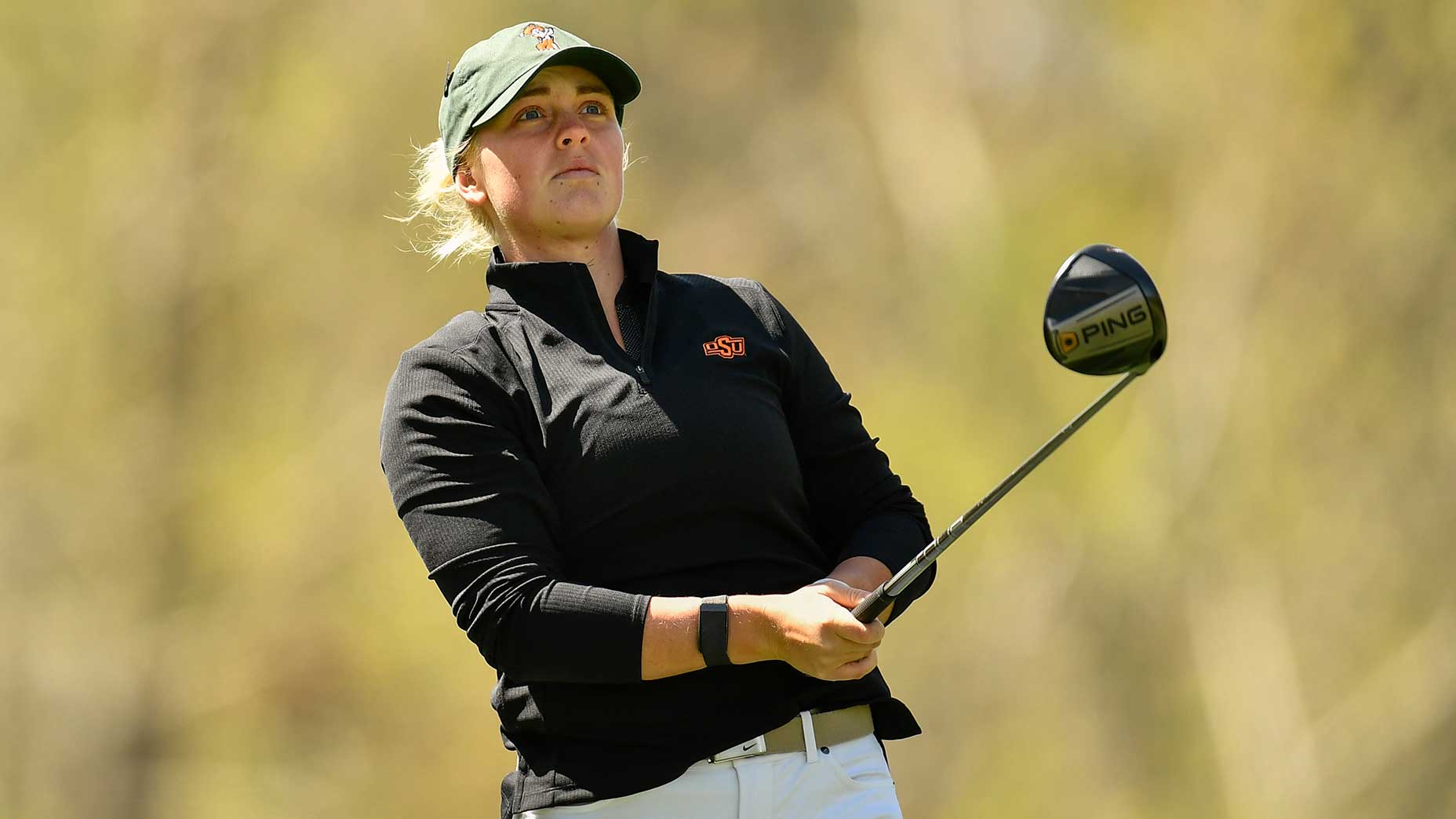 Maja Stark sank an 18-foot birdie putt to secure the final spot in the ANWA’s final round.

AUGUSTA, Ga. — The second iteration of the Augusta National Women’s Amateur was much anticipated after being postponed in 2020 due to Covid-19. The postponement, combined with the huge success the inaugural ANWA, only heightened the excitement and frayed the nerves of the competitors coming down the final stretch. Thus far, it’s lived up to expectations.

With only 30 players making the cut for Saturday’s final round at Augusta National, and a tightly packed Thursday leaderboard, a playoff was very much in the picture before the second round even began.

That picture got even clearer as the final group came down the stretch. Kate Smith, who raced out to four under before her first round was suspended on the 12th hole, struggled to rekindle that magic after the restart. With the temperatures dropping and the wind picking up, she arrived at the 17th tee sitting squarely on the cut line at six over.

Unfortunately, the 175-yard par-3 17th played as one of the harder holes on the back nine during Round 2, and Smith made bogey. She needed a birdie at the par-5 18th. Otherwise, she opened the door for a playoff.

Despite being in good position off the tee on the 18th, Smith’s approach shot landed slightly to the right of the green and she was unable to stick her wedge shot close. After two-putting for par, Smith found herself in a five-for-one playoff to decide who would get that coveted final spot.

The fivesome comprised of Maja Stark, Yu-Sang Hou, Lauren Hartlage, Amari Avery and Smith. Only one could punch their ticket to Augusta National. For the rest, heartbreak.