Manchester mayor Andy Burnham has revealed he still has ambitions of leading the Labour party, in a move that places some pressure on Keir Starmer.

Mr Burnham, 51, a former health secretary who retired north after losing a leadership election to Jeremy Corbyn in 2015, has been thrust back into the limelight during the coronavirus pandemic.

He led attacks on the Government last year over funding for local people and firms during localised lockdowns in Manchester and Liverpool, earning himself the nickname the ‘King of the North’.

And speaking at a conference organised by a Jewish charity last night he revealed he still has ambitions on a national stage.

According to the Jewish Telegraph he said: ‘I’d be lying if I said I didn’t have aspirations [to lead the party].

‘One day, if it became possible, but I’m not sitting here plotting a way to do so. I wouldn’t say never.’ 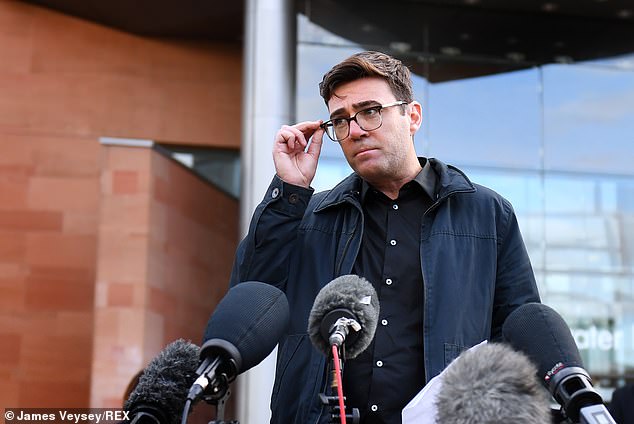 Mr Burnham, 51, a former health secretary who retired north after losing a leadership election to Jeremy Corbyn in 2015, has been thrust back into the limelight during the coronavirus pandemic. 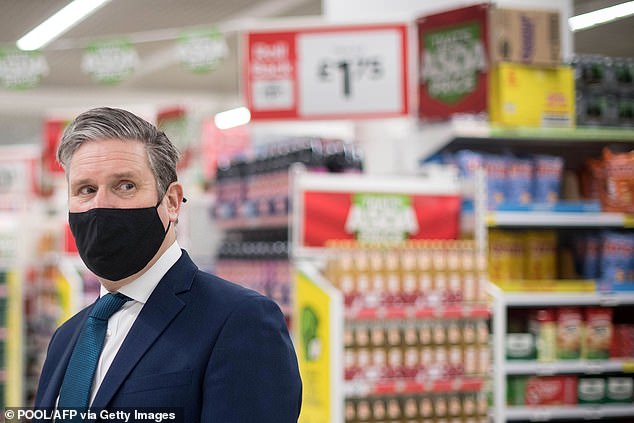 It is the latest headache for Sir Keir, who is facing increasing questions over his leadership of Labour in the past week.

Andy Burnham is a former senior minister in Gordon Brown’s Government whose high-profile role in the Covid crisis earned him the moniker ‘King of the North’.

The Merseyside-born Manchester mayor, 51, has long revelled in his northern-ness.

When running to replace Ed Miliband as leader in 2015 the father-of-three was asked what is favourite biscuit was, replying ‘beer and chips and gravy’.

Despite his efforts to come across as an everyman figure he came a distant second to Jeremy Corbyn in the leadership election.

He took just 19 per cent of the vote, despite being the preferred choice of Labour MPs.

He served a year as shadow home secretary under the hard left leader before announcing he was stepping down as a shadow minister and MP for Leigh to run to become the new elected mayor of Manchester.

He won the 2017 election and that appeared to be the end of his national political ambitions.

But he has again been thrust into the spotlight during the coronavirus pandemic.

Last October he took on a leadership role for northern areas who felt they were short-changed by ministers over the terms of localised lockdowns, which he argued shortchanged locals and businesses.

He became such a thorn in the side of ministers that they eventually sought to sideline him during negotiations.

It is the latest headache for Sir Keir, who is facing increasing questions over his leadership of Labour in the past week.

He had to apologise to Boris Johnson for making false accusations in the Commons on Wednesday.

The Labour leader had called it ‘complete nonsense’ for the Prime Minister to claim that Starmer had wanted Britain’s vaccines to remain under the regulation of the European Medicines Agency post-Brexit. He later had to admit the charge was true.

Constituency Labour parties have also reportedly been drawing up censure motions against Starmer as they lose faith in his ability to win a General Election.

The most recent opinion poll put the Conservatives three points ahead of Labour, while one survey found that just 16 per cent of people thought Starmer would have done a better job in handling the pandemic than Johnson.

And at the weekend  his shadow attorney general Lord Falconer faced wide-spread criticism for describing the coronavirus pandemic as a ‘gift that keeps on giving’ for lawyers.

The peer used the phrase during a briefing for a top City firm staffed by millionaire lawyers.

He insists that he was referring to changes in the law triggered by the crisis, but a source close to the Labour grandee said that he regretted his choice of words.

Yesterday the shadow business secretary and ex-party leader Ed Miliband has dismissed claims that something is going wrong with Labour under Sir Keir.

Mr Miliband told the BBC’s Andrew Marr Show: ‘Leaders have good weeks and bad weeks but what’s the most important thing that Keir Starmer has said since he became leader is that, after this crisis is over, there can be no return to business as usual.’

Mr Miliband said: ‘That means we have got to create a fairer, more just and more equal country.’

He pointed to the way the party has said it would handle the issue of Universal Credit.

He told the programme: ‘We have said it would be quite wrong to drive hundreds of thousands of people into poverty in this crisis as the Government is planning to do by cutting Universal Credit in April.

‘Keir Starmer has led the fight to say that is the wrong thing to do.’ 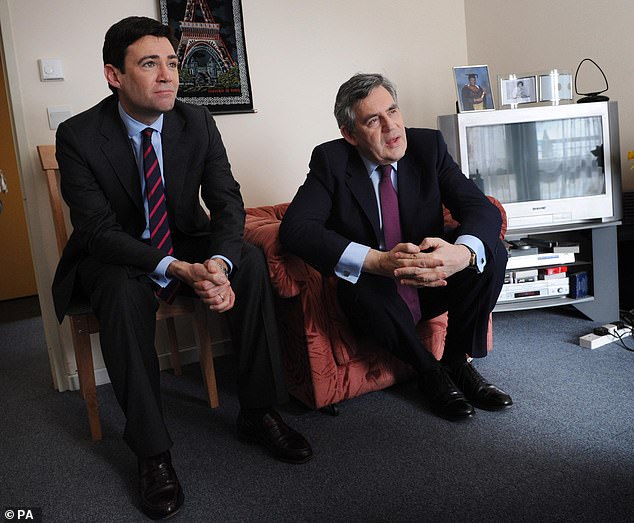 For Trump, V is for victory – while his lawyers flick a V-sign our way | Trump impeachment (2021)