By Valerie Edwards For Dailymail.com

A three-year-old boy who was lost in the woods in Canada for three days has been found ‘alive and well’ about a half mile from a property owned by his family.

He had been missing since around noon on Sunday, officers from the Ontario Provincial Police said.

Rescue crews found the little boy sleeping near a ‘beaver pond’, located more than half a mile from where he was last seen.

A Toddler’s Lockdown Perspective, in “Antara: Songs of Afternoon”(Opens in a new browser tab) 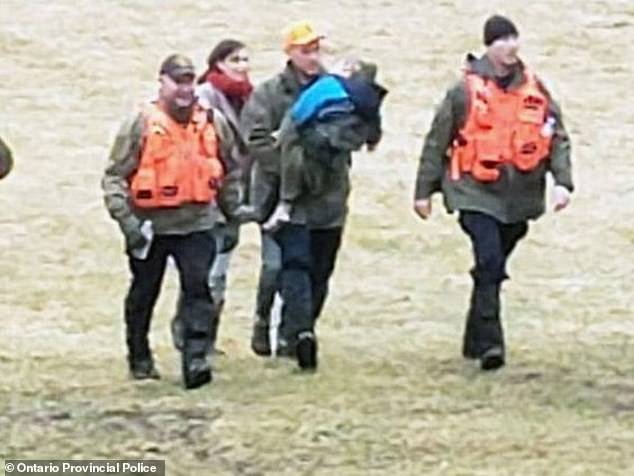 Three-year-old, Jude Leyton (pictured being carried by rescue crews) who got lost in the woods in Canada has been found ‘alive and well’ after he went missing for three days

‘Four of our ERT members, part of the search and rescue (team), they were on another tasking to check another area. While they’re on that tasking, they found Jude. It was a great finale to some very, very difficult days,’ Const Curtis Dick told Global News.

Dick explained that Jude is believed to have wandered away from The Bing Retreat, a property owned by his family.

Authorities said the pond where Jude was found is attached to the property. 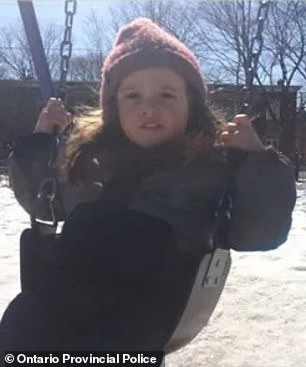 Rescue crews found the little boy (pictured) sleeping near a ‘beaver pond’, located more than half a mile from where he was last seen

‘So it was across that body of water. So a significant distance for sure,’ Dick said.

Paramedics checked Jude out for any injuries but he was said to be in good condition.

As an extra precaution, Jude was taken to the Kingston General Hospital Wednesday evening for further examination.

Frontenac Paramedics tweeted a video of them arriving at the hospital with the youngster who had been reunited with his worried parents.

Dick told Global News that the boy was ‘dressed for the weather,’ which likely aided in his survival over 72 hours.

He had a winter jacket with a heavy wool sweater and boots.

Dick said it’s unclear how the child managed to evade their search efforts, which included 100 officers and volunteers on the ground in addition to helicopters and canine units.

Authorities said they will eventually interview Jude to try and understand what exactly happened.

Dick said the OPP would interview Jude in the hospital to try to understand what happened.