complete with stables, a golf course and an expansive spa complex that includes a cryo chamber. 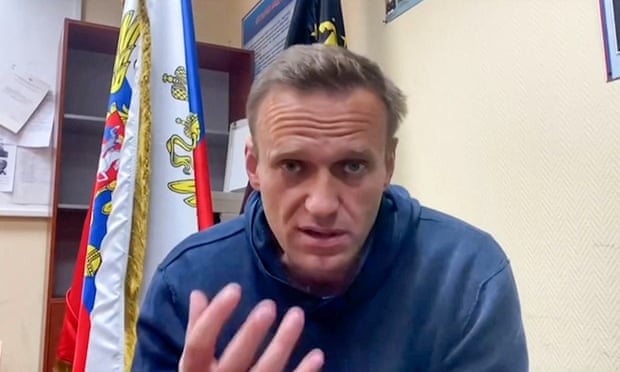 Using satellite and drone footage, company records, photographs and other data, investigators have released floor plans and some of the first photographs of an expanded residence near Valdai, which they said was the Russian president’s favourite and most secret.

They claimed the residence was partly leased from one of Putin’s closest allies on taxpayer money. While some of the lakeside property is state-owned and designated for official use, a more lavish section with a mansion has been privately developed into what has been described as a playground for the health-conscious head of state.

In particular, the investigation focuses on a 7,000 sq meter (75,000 sq ft) spa complex whose floor plans show a float pool, massage rooms, a swimming pool, and other amenities, such as an extreme-cold treatment cryotherapy chamber, that are rented from a company alleged to belong to one of Putin’s close friends.

Company statements showed that the owner of the complex has made more than 2.7bn roubles (£25.8m) in the past decade.

The investigation was released as Navalny remains on hunger strike in a Russian prison and his supporters are being pressurised by the government not to continue protests against his two-and-a-half-year sentence on embezzlement charges.

The emails of more than 500,000 Navalny supporters, many of whom had signed up online to attend new protests against the Kremlin, was leaked to journalists this week by an anonymous group that called the Navalny team “losers” and claimed the database was heavily populated with bots.

Navalny’s team confirmed that the leaked database was real, but did not say if any of the emails were run by automated accounts. It apologized to those on the list, saying the leak contained only emails and no other personal information. The leak came as Navalny’s team is closing in on collecting 500,000 online signatures in order to launch new protests calling for the opposition leader’s freedom.

“[The database] is real as opposed to the fakes that were released earlier,”

wrote Ivan Zhdanov, the director of the group. “It’s happening now, when the campaign needs just 70,000 more signatures and every confirmation to attend the protests is much harder for us to collect.”

In a message posted online on Friday Navalny said that he was being threatened with being force-fed in a straitjacket unless he ended a hunger strike in protest against his treatment in a Russian prison. He has demanded to be seen by his doctor for reported numbness in his back and legs, which he says may be linked to the poisoning attempt on his life that took place last year.

His wife earlier this week said he looked gaunt during his meeting with her and he had lost an estimated 16kg since arriving at a prison colony about 60 miles east of Moscow last month.

“He is still as cheerful and upbeat as ever,” Yulia Navalnaya wrote in an online post on Wednesday. “He speaks with difficulty, though, and from time to time he hangs up the phone and leans on the table to take a break. He has lost a lot of weight … and weighs 76kg.”

Some of the anger at the Kremlin has been sparked by a previous investigation into a Black Sea dacha that was said to cost nearly £1bn and to have been established for the special use of the president, although recent photographs suggest that it was no longer in use. That residence included flourishes such as an “aqua-disco” and a wine cave dug into a cliff overlooking the Black Sea.

The investigation into that residence, which has been called Putin’s Palace, came after Navalny’s arrest upon returning to Russia in January and showed that the opposition leader remained a danger to the Kremlin even while behind bars.

The authors of the new investigation concluded it with a call for his freedom. “Putin illegally imprisoned Navalny for telling the truth about his corruption, lies, and duplicity. We will continue to tell this truth.”

Millions of Americans think the election was stolen. How worried should we be about more violence? | US politics