Rory McIlroy is battling his swing, but he’s solved something more important 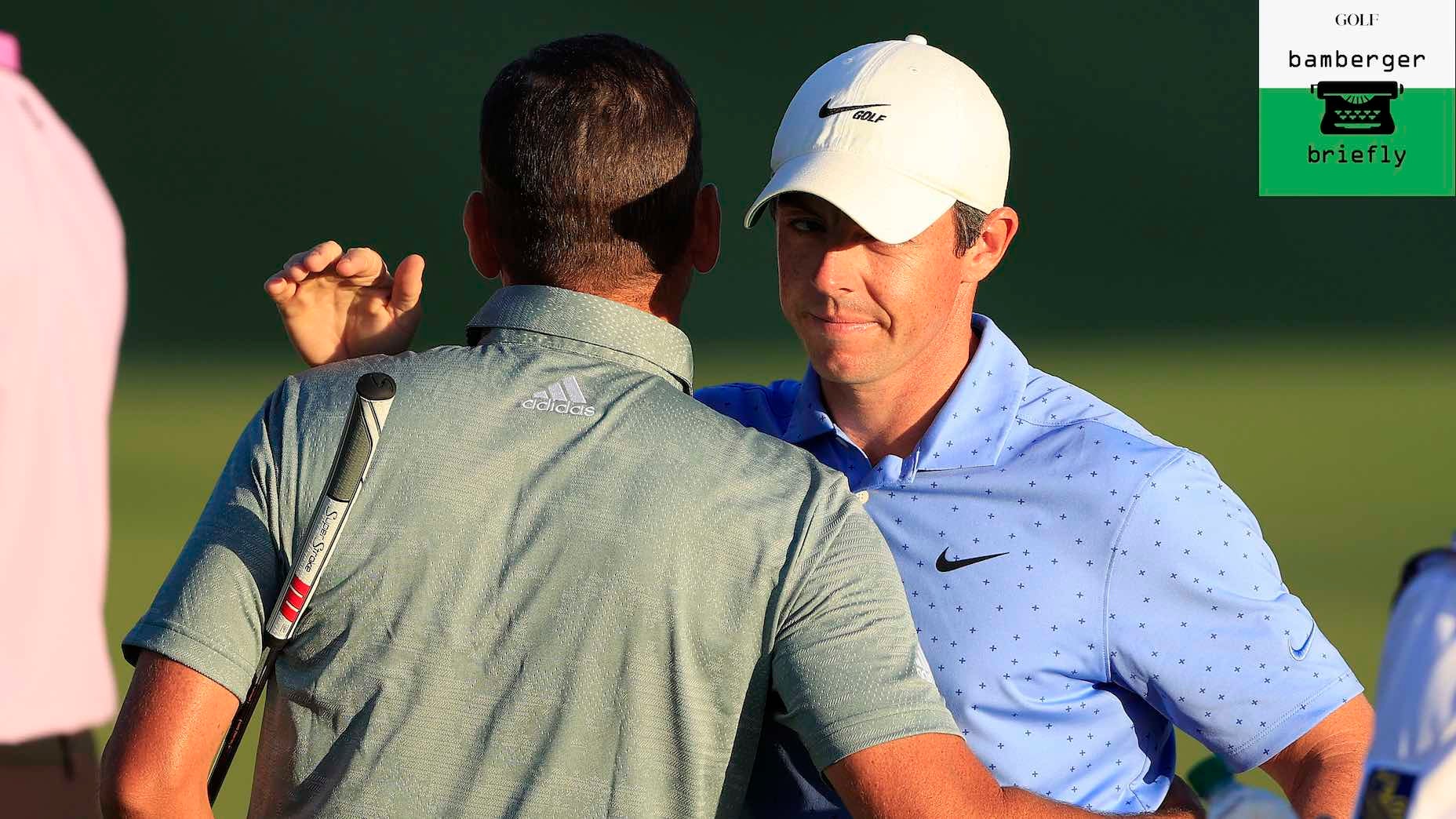 PONTE VEDRA BEACH, Fla.—Friday was a spectacular day to play golf at TPC Sawgrass. Rory McIlroy will tell you that.

He was playing with two friends, both very good golfers, Sergio Garcia and Webb Simpson. Each player, as is required on the PGA Tour, had a caddie, so the players could glide on down the magic-carpet-ride fairways here, chitchatting about this and that. They paid no green fees. The driving-range balls, the tees, the on-course refreshments — all free.

Looking at these three fellas play home on Friday afternoon, you would have never known that one member of the trio (Webb) was playing to make the cut, a second player, Sergio (THARE-he-oh, in the Castilian) was flirting with the lead and that Rory was–

Well, no, not a million. McIlroy, who has spent about two-thirds of his life living in Northern Ireland and one third living in South Florida, shot 154 for 36 holes, 10 over par. He missed the cut by 10. But watching him play, you would have never known.

“Sergio is one of my closest friends out here,” Rory McIlroy told reporters late Friday, his work-week done.

There are not too many players who can call both Sergio Garcia and Tiger Woods close friends. The antipathy between Garcia and Woods is well-established.

“[Sergio’s] young son and our daughter met each other for the first time yesterday. They came over to the house afterwards and we had a good time. So that was fun.” Speaking of Simpson and his veteran caddie, Paul Tesori, McIlroy said, “Any time I see I’m paired with Pauly and Webb, I look forward to it. They’re two of the nicest guys out here. If I had to be miserable for a couple of days it was good to do it with them.”

Not only did he talk, he talked with remarkable (and customary) candor. His public commentary is about of the Jack Nicklaus playbook. It makes the game better.

Asked about chasing speed and distance with the driver over the past 10 months or so, McIlroy said, “I’d be lying if I said it wasn’t anything to do with what Bryson did at the U.S. Open. I think a lot of people saw that and were like, ‘Whoa, if this is the way they’re going to set golf courses up in the future, [speed] helps.’” In golf, speed doesn’t kill. It wins.

Asked what frustrates him most now, McIlroy said, “Probably the swing issues and where they all stem from, going back October of last year, doing a little bit of speed training.

“Getting sucked into that stuff, my swing got flat, long and too rotational. Obviously, I added some speed and am hitting the ball longer. But what that did to my swing as a whole probably wasn’t a good thing.”

He was holding a game ball as he spoke. At one point, he dropped it and as it started to roll away he stopped it with his foot. He and Sergio talk about football. He and Webb talk about the other football.

On Saturday morning, McIlroy will make the three-hour drive home to Jupiter. He’s a person with a range of interests: reading, architecture, the outer limits of human potential. His young family. You could imagine him maybe wanting to take a break from golf, right about now. Last week at Bay Hill, he was contending through three rounds, then shot a Sunday 76. That will eat at you.

McIlroy plays and practices often at the Bear’s Club in Jupiter. He’s not playing the Honda Classic next week, a 15-minute drive from his home. His mind is on Augusta. He knows his game is nowhere near where it needs to be to contend at Augusta. If he can win a Masters, he’ll have the career Grand Slam. He can sit at the Champions Dinner alongside his friends Sergio and Tiger, if he can win at Augusta someday. One of the great moments of his life was playing Augusta National with his father. He loves the place. PGA National, where the Honda Classic will be played, is harder to love. Is he looking for a break next week? He is not.

“I want to get on the range right away,” he said Friday night, “and try to get through this.”

A lesser person would not have used the word try in that sentence. Confidence is great, but humility serves you well in golf, too.

Michael Bamberger writes for GOLF Magazine and GOLF.com. Before that, he spent nearly 23 years as senior writer for Sports Illustrated. After college, he worked as a newspaper reporter, first for the (Martha’s) Vineyard Gazette, later for The Philadelphia Inquirer. He has written a variety books about golf and other subjects, the most recent of which is The Second Life of Tiger Woods. His magazine work has been featured in multiple editions of The Best American Sports Writing. He holds a U.S. patent on The E-Club, a utility golf club. In 2016, he was given the Donald Ross Award by the American Society of Golf Course Architects, the organization’s highest honor.

Is a Big-Ticket Goalie Still Worth the Cost?

A lead suspect linked to Oath Keepers gets home release