WHEW. In a nail-biter of a National Championship, Stanford beat Arizona 54-53 on Sunday to draw an exciting NCAA Women’s Basketball Tournament to a close.

It’s their first national title since 1992, and the all Pac-12 showoff between the No. 1 Cardinal, the top-ranked team in the tournament, and No. 3 Wildcats more than lived up to the billing.

Both teams set a blistering pace in the first quarter. Stanford got out to a 12-3 start, but Arizona tightened it up in the second quarter with tough defense. After shooting 3-17 in the first quarter, Arizona went on a 12-2 run over the Cardinal and grabbed a one-point lead with five minutes to go in the second quarter. Stanford battled back and went into halftime winning 31-24, but in the second half, Arizona used their speed and skill in transition to turn turnovers into points.

It added up to a thrilling fourth quarter that came down to one final buzzer beater, with Arizona trailing by one. The Wildcats’ standout guard Aari McDonald (22 points in the game) got the ball and met three Stanford players at the three-point line but still managed to get off a shot. The ball bounced off the rim as the final buzzer sounded, and confetti came raining down with Stanford hanging on to the victory.

Both teams came into the game having overcome major adversity.

Stanford played nine straight weeks on the road when Santa Clara County’s COVID-19 restrictions, which prohibited sporting events, forced them off their home court. Arizona, meanwhile, proved just about everybody wrong by going on a stunning run through the tournament, culminating in a dominant win over No. 1-ranked UConn and AP Player of the Year Paige Bueckers. It gave Arizona’s head coach, Adia Barnes, a chance to become the third Black woman coach to win the final and the first since South Carolina’s Dawn Staley did it in 2017.

Stanford showed off their depth in the victory,

as they have all tournament, but with 17 points and eight rebounds, Haley Jones more than earned the game’s Most Outstanding Player award. Stanford coach Tara VanDerveer, the winningest coach in Division I women’s basketball, noted that the team didn’t play their best game — which had a lot to do with Arizona’s resilience and skill in the clutch — but that it was enough to win. “I’m very proud of our team. We did weather some storms,” VanDerveer said in a televised interview with ESPN after the game. “We stepped up when we needed to . . . I wouldn’t say it was a pretty game, but it was a gritty game.” Above, check out the highlights from a game we won’t forget. 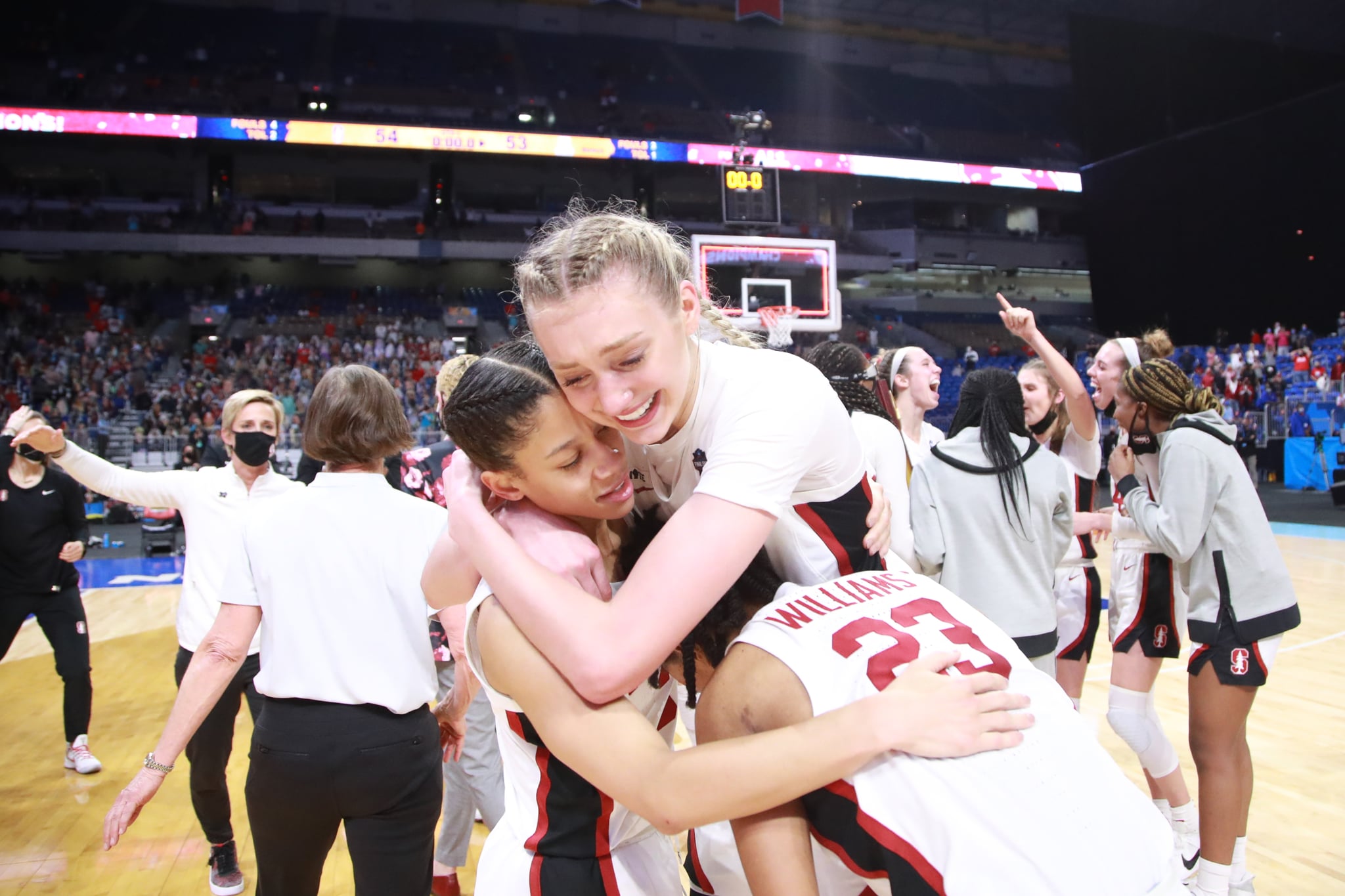 ‘A good start but miles to go’: progressive Nina Turner on Biden and Democrats’ future