Ocean scientists are using robot submariness to detect barrels of toxic chemicals under the sea.

Thousands of barrels of DDT and other substances are believed submerged in the Pacific Ocean near Los Angeles, but authorities aren’t sure where or how many.

To get an idea, researchers have launched two ‘underwater Roombas,’ Remote Environmental Monitoring UnitS (REMUS) that can operate in waters ranging from 80 feet to about 20,000 feet.

The vehicles take 12 hours to recharge, so while one is scanning the seafloor with its sonar the other is powering up and passing along its findings. 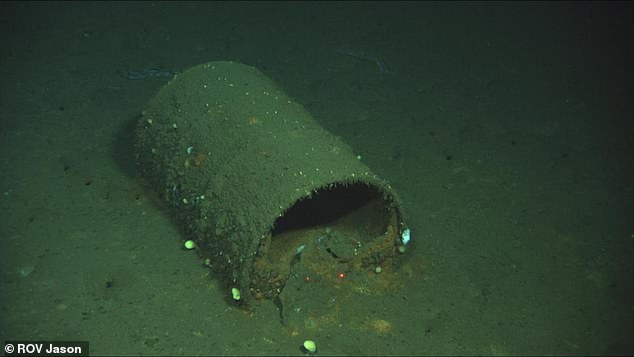 Ocean scientists are using ‘underwater Roombas’ to scan the ocean floor for barrels of toxic chemicals, including the banned pesticide DDT. Thousands of barrels were discovered in the waters off Santa Catalina Islands last year

Developed as an insecticide, DDT became an effective way to limit the spread of typhus and malaria during World War II.

After the war, it took off as both an agricultural and household pesticide.

In 1959 alone, nearly 80 million pounds of DDT were applied to US soil, according to the US Fish and Wildlife Service.

But by the 1960s, environmentalists were pointing to it as a threat to both animal life and humans. 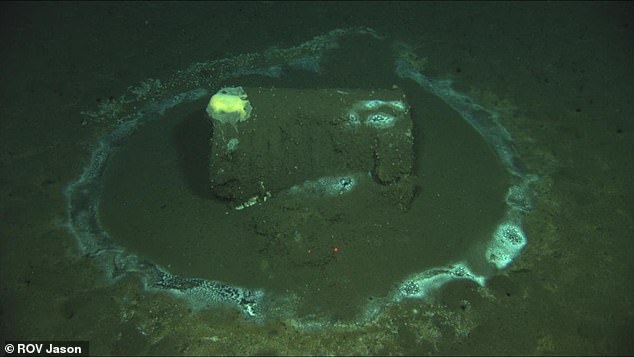 Banned in 1972, DDT has been linked to devastating effects on marine life and other animals. As many as half a million barrels could still underwater, according to the Los Angeles Times

In 1972, the EPA banned DDT in the US, classifying it as a probable human carcinogen.

Almost a half-century later, in October 2020, thousands of barrels of DDT were discovered in the waters off Santa Catalina Island, The Los Angeles Times reported.

Montrose Chemical Corp, once the leading manufacturer of DDT, was based in Los Angeles.

Every month for almost 40 years, the company reportedly filled a ship with barrels of toxic waste, including DDT, and sunk it into the Pacific, the Times reported.

As many as half a million of those barrels could still be thousands of feet underwater.

‘These barrels are full of toxic chemicals that could be causing illness among ocean wildlife and even humans,’ Sen. California Senator Dianne Feinstein told the paper. ‘Ignoring it or claiming it’s just too difficult to deal with is not an option.’ 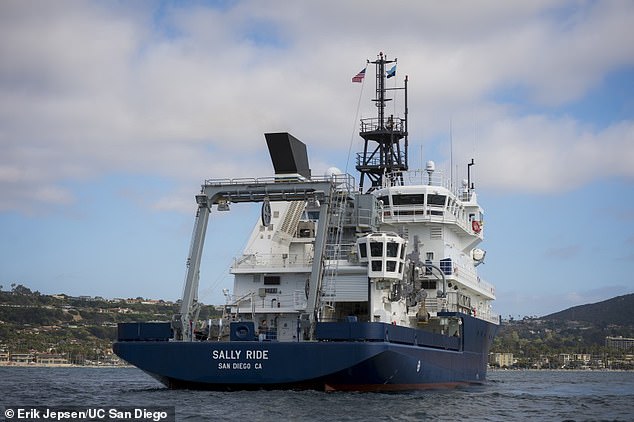 Condensing two years’ worth of planning into a few months, researchers with UC San Diego’s Scripps Institution of Oceanography set sail Wednesday for a two-week mission aboard the R/V Sally Ride (pictured)

The first step was determining the scale of the problem, and research scientists came up with a unique solution: Two robots scanning almost 50,000 acres of the San Pedro Basin seafloor for these toxic tubs.

‘We want to provide a common base map of what’s on the seabed at a high enough resolution,’ Eric Terrill, a marine researcher with UC San Diego’s Scripps Institution of Oceanography, told the L.A. Times.

The sub-like Remote Environmental Monitoring UnitS (REMUS) can operate in waters ranging from 80 feet to about 20,000 feet, or 3.73 miles.

Terrill calls them ‘underwater Roombas,’ though instead of vacuums, they come equipped with sonar tech that collects data from the ocean floor. 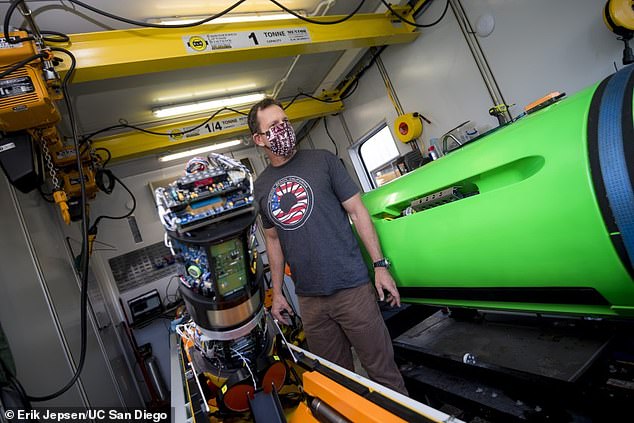 Each robot can run underwater for about 12 to 16 hours before it needs a recharge, a process that can take half a day.

So while one is scanning the seafloor, the other is recharging and downloading its findings.

Terrill had already been working with the National Oceanic and Atmospheric Administration (NOAA) on testing the robots, but the decision was made to skip the preliminaries and send them out on a mission.

Condensing two years’ worth of planning into a few months, they set sail Wednesday for a two-week mission aboard the R/V Sally Ride, an oceanographic research vessel owned by the Navy but on loan to Scripps.

There’s a sense of urgency:  DDT has been connected to cancer growth in sea lions, shorter lifespans in shrimp, and numerous other problems for marine life.

It also led to a decline in bald eagles, peregrine falcons and other birds: The pesticide caused their eggshells to become too thin and to break open prematurely.

According to the CDC. the health effects from DDT at low environmental doses ‘are unknown.’

‘The rediscovery of the massive DDT dumping ground off Southern California is certainly a disaster in need of context — how has the DDT, leaked from thousands of sunken barrels, made its way to the parts of the food chain that Californians rely on?’ Brice Semmens, a marine biologist at Scripps told the Times.

The data from the twin scanners will help authorities determine how large the problem is, and which areas are in most danger, but undoing decades’ worth of environmental devastation will require its own solutions.

Montrose Chemical shut down in 1982, a decade after the US banned DDT.

Its former plant was declared a high-priority Superfund site in 1989, but is still awaiting clean up.

According to the EPA, between the late 1950s and early 1970s, Montrose poured over 1,700 tons of DDT into the Pacific through its sewage system.