Woman, 24, who was left feeling suicidal over her hairy chest

A young woman has revealed she feels sexier than ever after ditching her razor and embracing her hairy chest.

Esther Calixte-Bea, 24, from Montreal, Canada, was left deeply insecure and feeling suicidal as hair sprouted across her chest during her teenage years.

She explained: ‘I come from the Wè tribe in Ivory Coast, Africa, and the women in my great grandmother’s time were very hairy and it was seen as beautiful.’

Excessive hair growth, or Hirsutism, is caused by an increase in hormones called androgens, your body being more sensitive to to the hormones, or sometimes both.

The artist said she ‘obsessively shaved’ during school and would be in ‘tremendous amounts of pain’ by her attempts to remove the hair.

However in 2019, Esther decided ‘enough was enough’ and tossed out the razor, revealing: ‘It is the best thing I have ever done as I feel sexier and comfortable in my own skin.’ 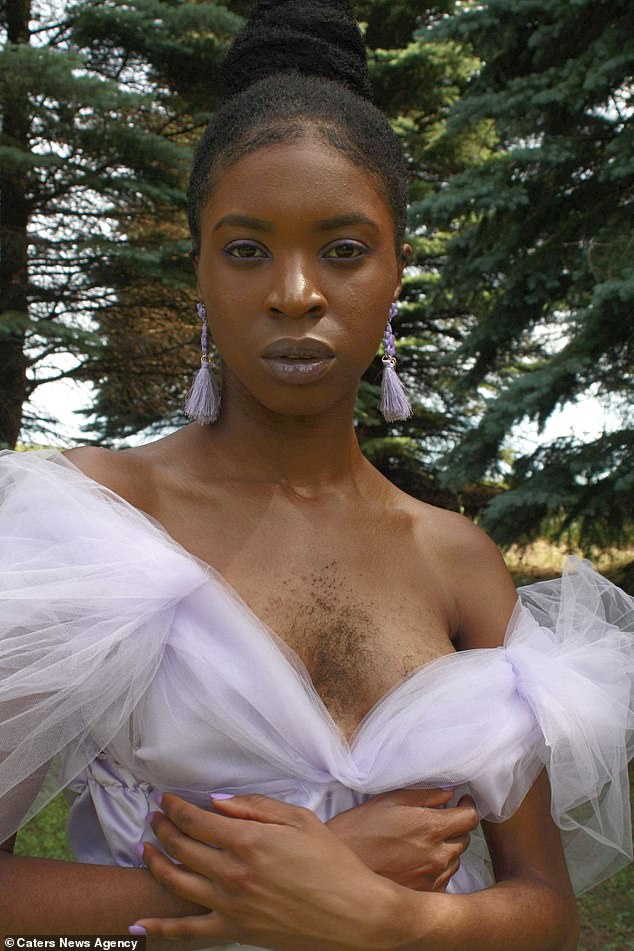 Esther Calixte-Bea, 24, from Montreal, Canada, has revealed she feels sexier than ever after ditching her razor and embracing her hairy chest 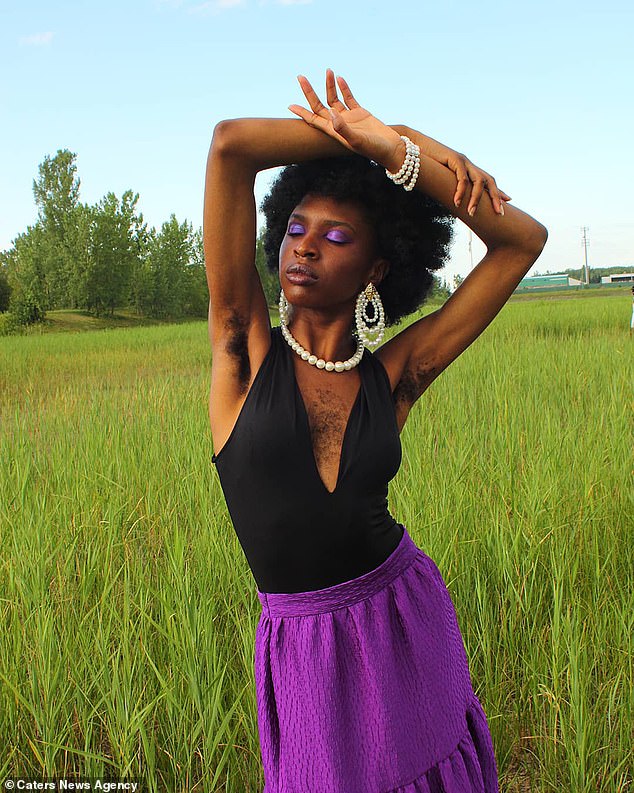 Esther explained that throughout her younger years she felt the hair was a ‘heavy burden.’

She said: ‘There is no medical explanation behind my hair – I am just a hairy person.

‘I have recently learnt that the women on my father’s side are quite hairy and it is perfectly normal.

Esther revealed she has long struggled to embrace her body hair, explaining: ‘It has taken me most of my life for me to accept my body and embrace who I am.’ 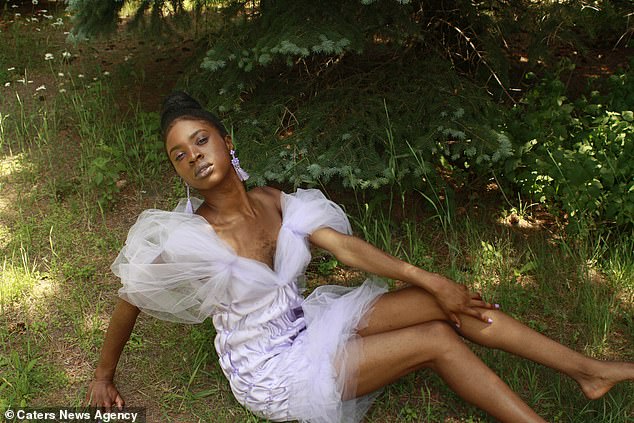 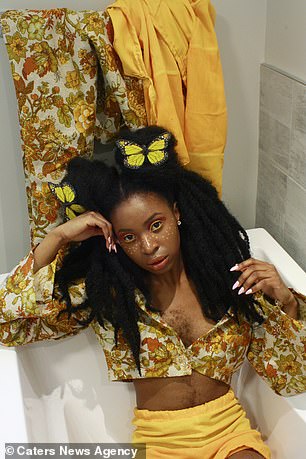 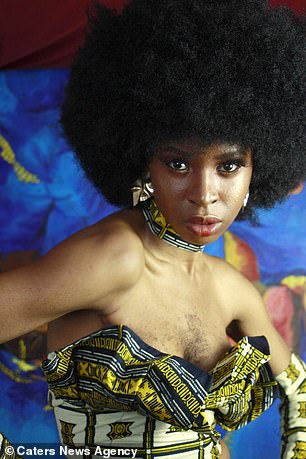 Esther said as a teenager she would obsessively shave her chest in order to banish hair, but called the process ‘extremely painful’

Hirsutism is where women have thick, dark hair on their face, neck, chest, tummy, lower back, buttocks or thighs.

Hirsutism is caused by an increase in hormones called androgens, your body being more sensitive to them, or both.

Sometimes there’s no obvious cause.

Rarely, it can be caused by:

The most common cause is polycystic ovary syndrome (PCOS).

PCOS is a common condition that affects how a woman’s ovaries work.

The three main features of PCOS are:

‘I became fed up with feeling insecure and shy. It was tiring carrying around a heavy burden and hiding my hair from people.

‘I was so depressed and even suicidal during my teens.’

She continued: ‘I obsessively shaved in school to make sure nobody would see my hairy chest.

‘I would freak out if just two hairs appeared.

‘Shaving and waxing caused me tremendous amounts of pain. It was more hassle than it was worth.’

But two years ago, Esther decided that she couldn’t hide her hair anymore, explaining:  ‘Until the summer of 2019, I decided enough was enough. I stopped shaving and decided to be me.’

She went on to ditch her razor and embrace her body hair after years of shaving.

Esther began complimenting herself which instantly made her feel better but said the reaction to her choice has been mixed.

The artist said: ‘It has been challenging as I am going against the “norm”.

‘I had to push myself at the start by walking out with short shorts with leg hair. After a few weeks, I began to feel comfortable.

‘Fear tried to paralyse me. But I don’t have to worry anymore as I have accepted who I am.’

Many people stare and turn their nose up, whilst others salute her for standing out from the crowd.

She said: ‘When I am out, people stare a lot. Someone even filmed me once which was weird.’

However Esther has found a community on social media who have embraced her and her body hair, saying: ‘Online, the reaction from others has been 90 per cent positive. 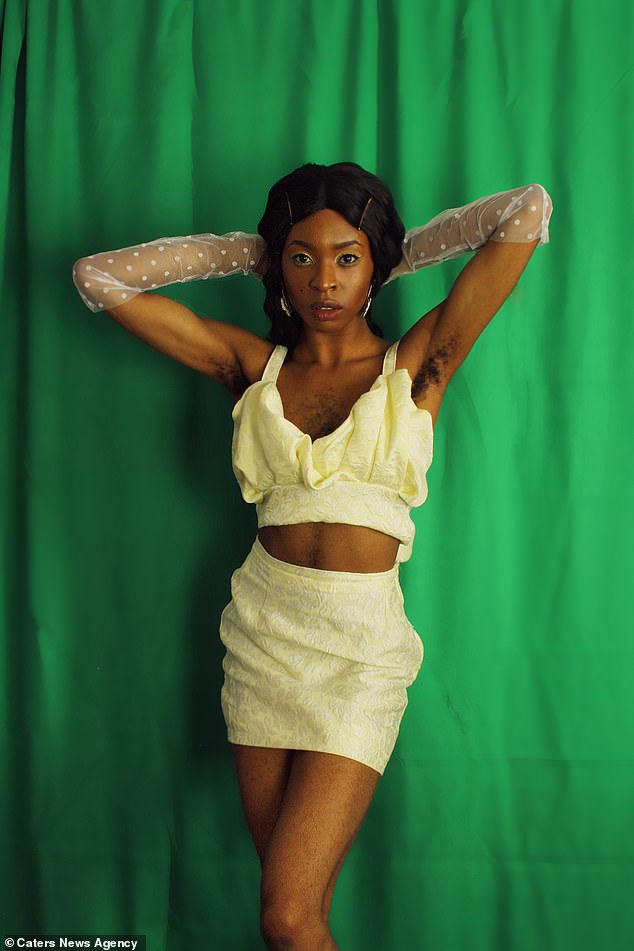 The 24-year-old now allows hair to grow out across her body, including her legs, chest, and armpits 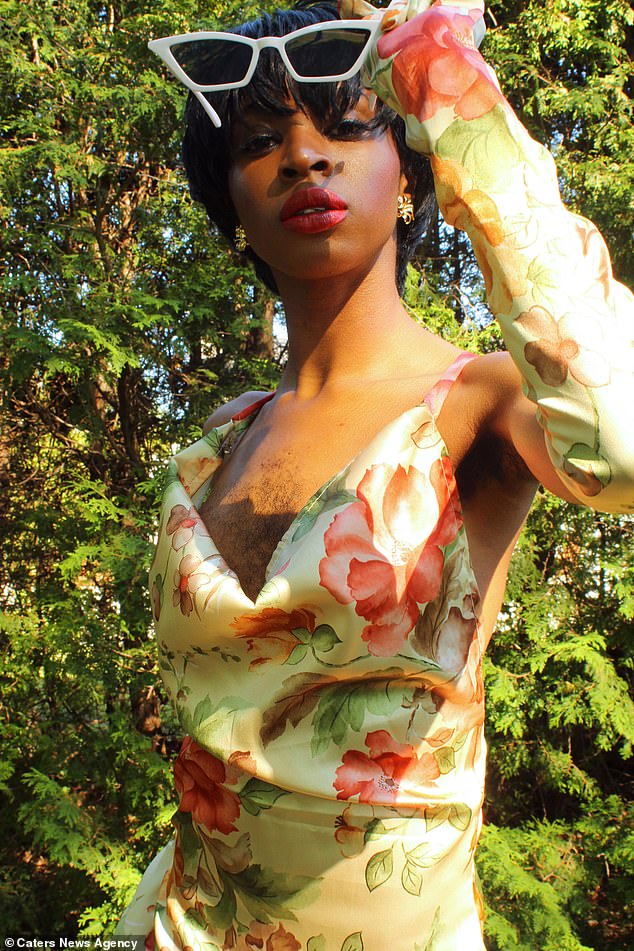 ‘I have received thousands of messages from women all over the globe who thought they were alone.

‘I have shown them that facial and body hair is nothing to be ashamed of.’

Esther now feels she is no longer a slave to beauty standards and instead has begun to question what is truly beautiful.

She explained: ‘If women weren’t supposed to have hair, we wouldn’t grow it. It is the society that tells us to shave. 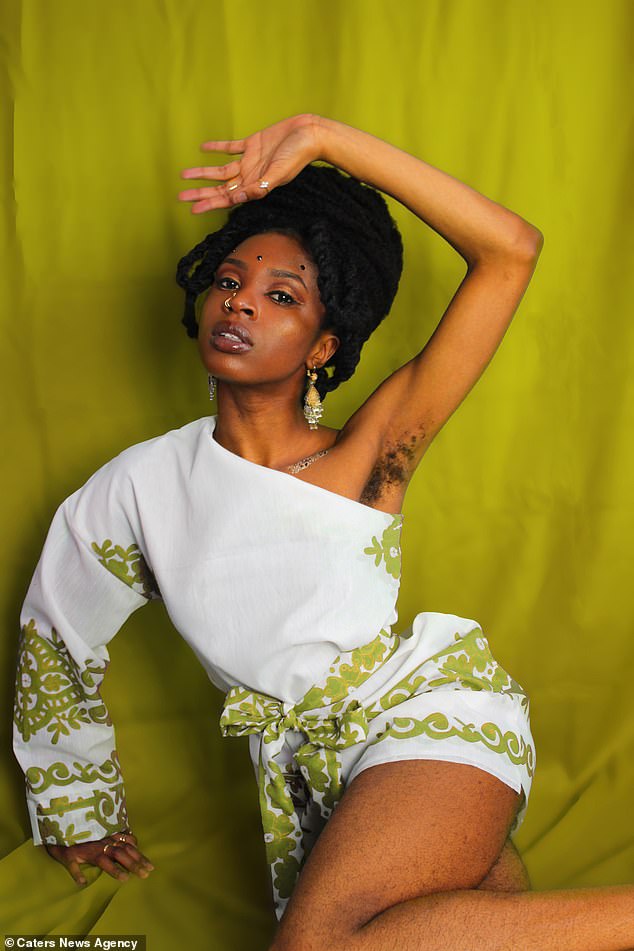 The artist, who no longer shaves her legs, armpits or chest, said she has received thousands of supportive messages from women online about her hair

‘I have redefined beauty for myself and I no longer allow society to dictate it for me. I have decided what beautiful is for me.’

The artist also paints women with body hair in a bid to normalise it, saying: ‘I paint beautiful pictures of women who have hairy bodies.

‘I don’t want hair to be an obstacle anymore. I refuse to victimise myself because of it.’